Beautiful in Every Way

HUAWEI MateBook D 14 is fitted with a remarkable 1920 x 1080 IPS screen and the bezels have been stripped back to just 4.8mm, making the 14-inch FullView display look nearly endless. With its viewing angle of 178°, whether you're diving into a cinematic experience, or just sending an email, you are in for a visual treat with the vivid, beautiful screen.

Weighing in at just 1.38kg1 and with a thickness of 15.9mm,2 the streamlined design doesn't just look great, it means you can push the hinge to nearly 180°. You'll get the best view in the house, whether you're kicking back or right at the edge of your seat.

HUAWEI MateBook D 14 is powered by the AMD Ryzen 7 3700U processor3, which accelerates and enhances performance. Fitted with a PCIe SSD, and packing up to 16GB in dual-channel architecture DDR4 RAM, its read and write speeds are blisteringly fast. With its Radeon™ RX Vega 10 Graphics, you can master daily work or enjoy entertainment with no effort.

With just a simple tap, your smartphone and Huawei MateBook will transform into “ONE” super device even without Internet connection. Your phone screen appears on your laptop which allows you to drag and drop files between them, and edit the files on your laptop while messaging colleagues on your phone using the same keyboard and mouse. This cross-device collaboration makes life and work easier.6

Unlock the World at Your Fingertip

The power button of the HUAWEI MateBook D 14 has a built-in fingerprint reader, so you can power on and log in securely with just one press. 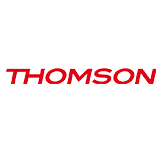